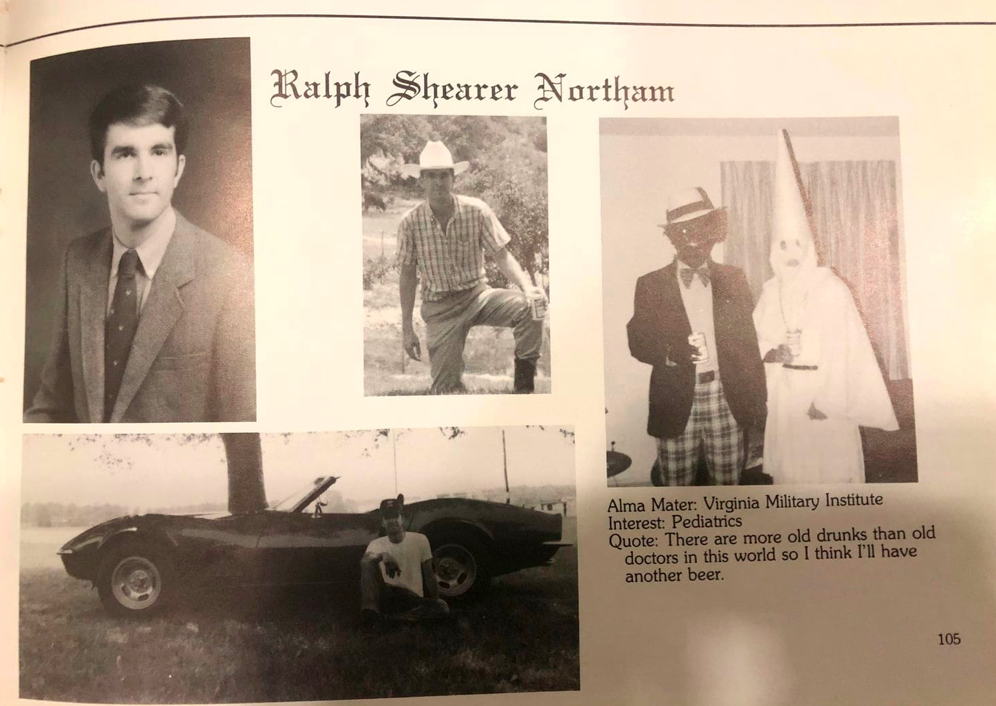 The photo is from a 1984 medical school yearbook. It shows two young men in racist garb – one in blackface and the other in a KKK robe.

Since then, Northam has admitted he is one of the men in the picture and offered an apology: 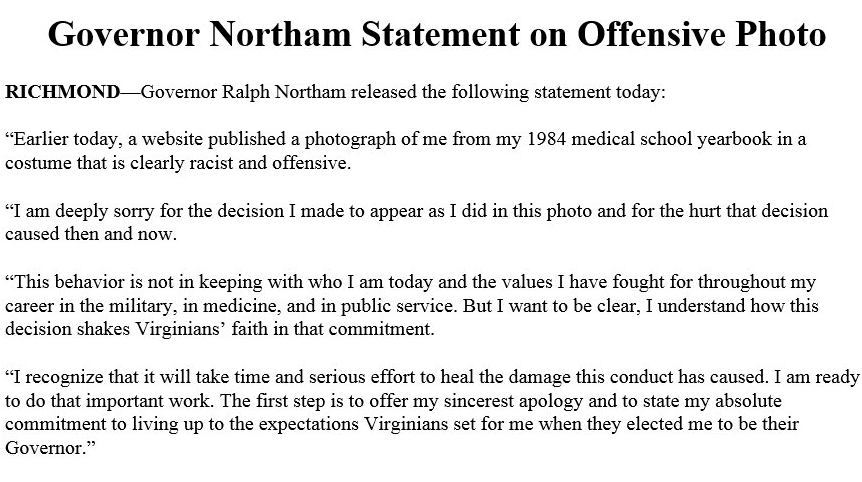 I am sure many people were surprised to see a Democrat involved in a racist act, but I wasn’t.

Not About Party Lines

Folks, racism spans party lines. Just because someone puts a “D” behind their name doesn’t mean they embrace everyone.

Since last night, Northam has done a 180. He now refuses to resign and is stating he isn’t in the picture.

If the Democratic party allows this man to stay in office, then that should be a very loud wake-up call for Democrats, especially African Americans.

If Northam was a Republican, he would have been villainized by the left-leaning media giants already. It is not okay to shame and rebuke Republicans for racism yet brush racism within the Democratic party under the rug.

In 1984, Northam was a grown man. His behavior is not defensible.

Governor Ralph Northam needs to resign and take responsibility for the photo.

Let’s choose the right people over party affiliation. Let’s purge racism and unite as fellow Americans against our common enemies who are plotting to do us harm.

Speak out Virginians! Speak out Americans!

One thought on “Wake Up Call: Racism Spans Party Lines”