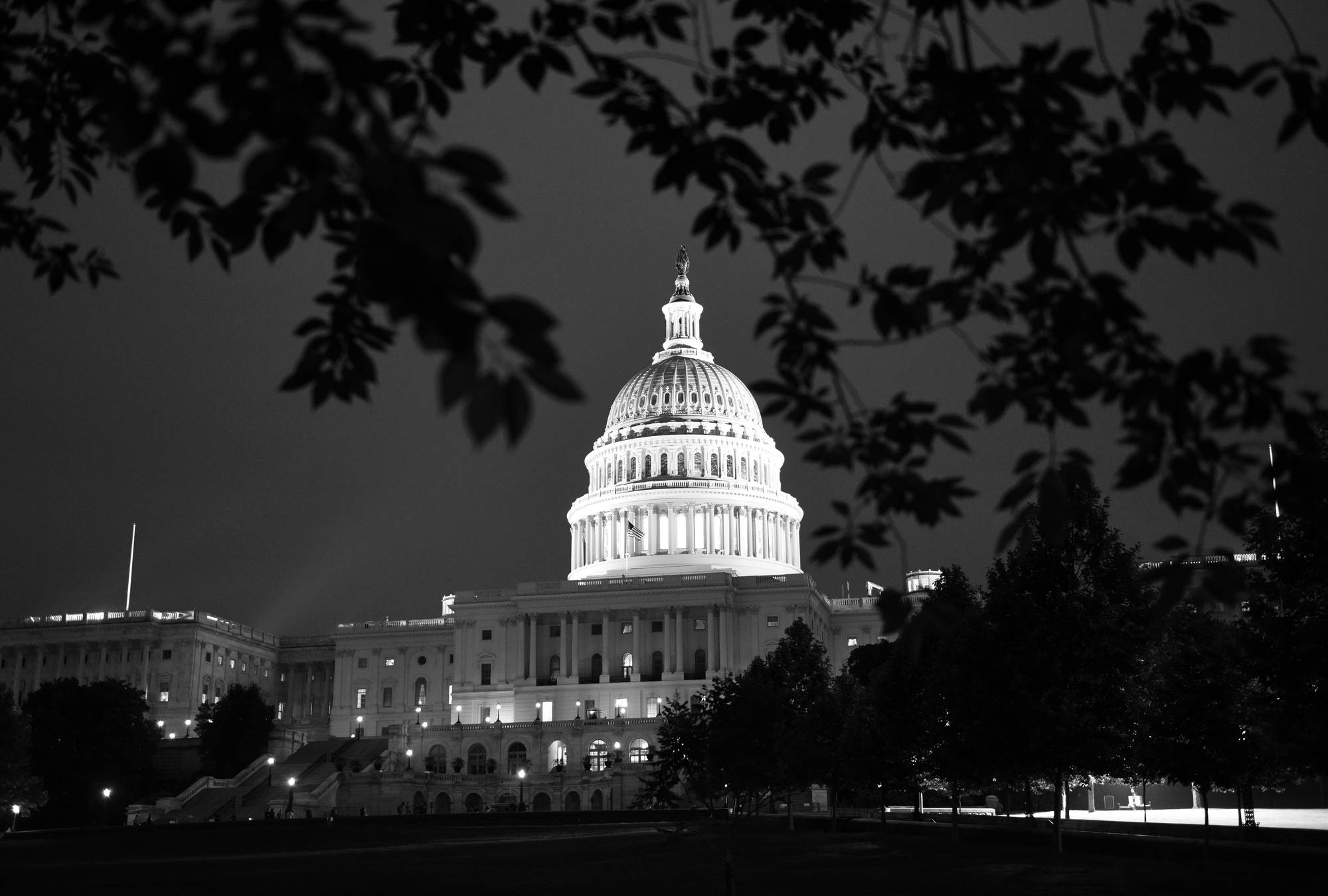 UPDATE (12/20/2019): The House and Senate have approved the $1.4 trillion, two-part spending deal. It is now pending President Donald Trump’s signature.

We are removing the countdown clock since the shutdown threat is over.
END_OF_DOCUMENT_TOKEN_TO_BE_REPLACED

FINAL UPDATE: The government has reopened after the Senate Democrats agreed to vote for a three week spending bill.

UPDATE: The deadline has passed. The US Federal Government has officially shutdown as Democrats and Republicans could not agree on a spending bill. This will be the first shutdown since 2013.

No, it isn’t Groundhog Day. We are facing the threat of another federal government shutdown. There is a real possibility the U.S. government will come to a screeching halt tonight at midnight.
END_OF_DOCUMENT_TOKEN_TO_BE_REPLACED 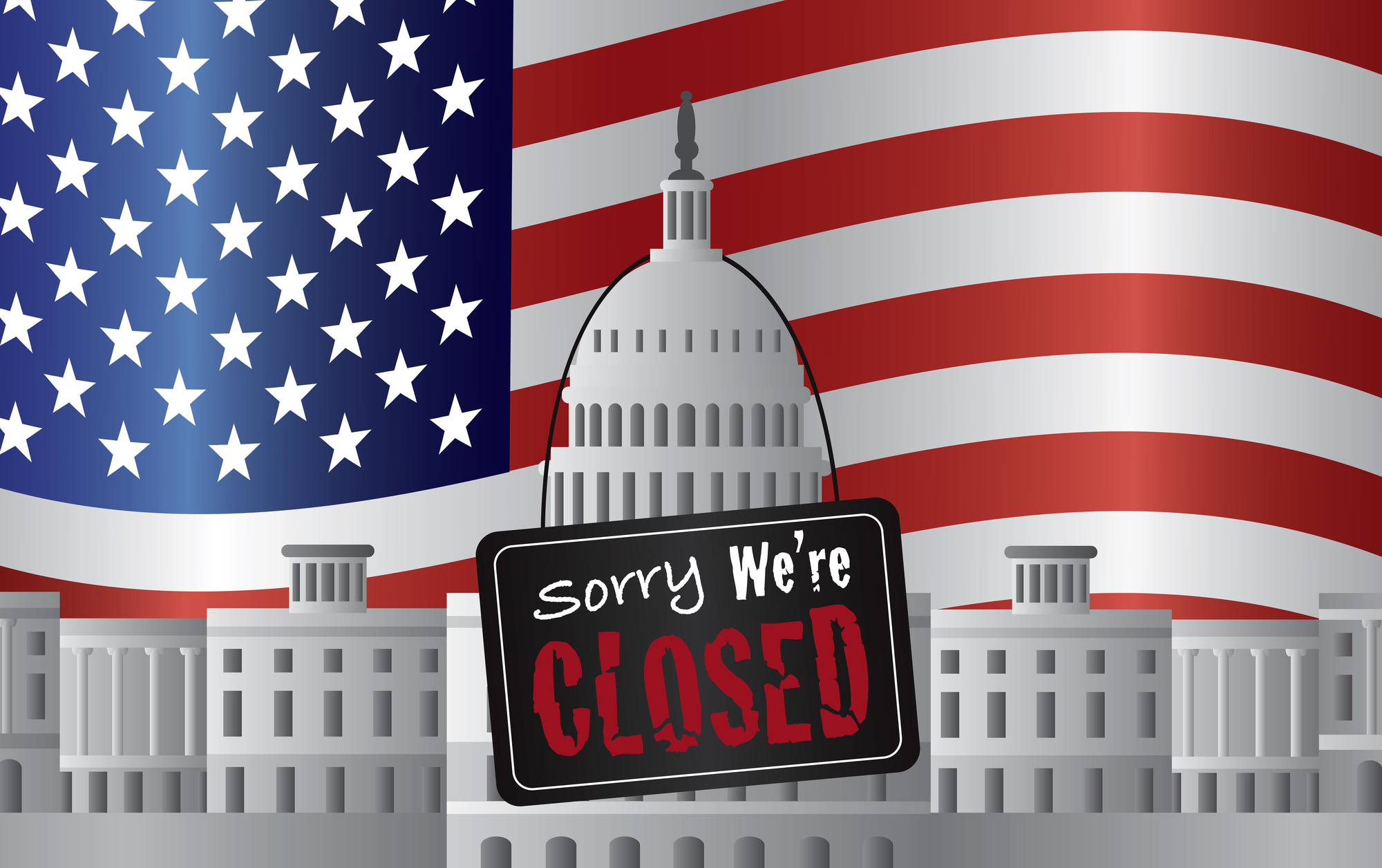 The Senate has passed the stop-gap measure 81-14. The bill will now go to the White House for President Trump’s signature.

The stop-gap measure will extend the current continuing resolution  (CR) until December 22, 2017. Hopefully the threat of another shutdown will not occur before the holidays.
END_OF_DOCUMENT_TOKEN_TO_BE_REPLACED

UPDATE: Congress has negotiated a spending bill, but will miss the December 16th deadline. Another stop-gap bill will be needed to extend the deadline. The new deadline will be December 22, 2015.

Today, Paul Ryan announced the House of Representatives will vote on the spending bill on Friday, while the Senate will vote shortly thereafter.

We will start a new countdown once the stop-gap has been approved by the President.

UPDATE: The House passed the stop-gap and the President has signed it.

A new countdown has been started.

UPDATE: We decided to start a federal government countdown clock for December 11, 2015.

A budget deal has been approved and the debt ceiling has been raised, but will a shutdown happen on December 11, 2015? It could. Congress has a few weeks to appropriate money for the federal government through September 2016.

With a new Speaker of the House of Representatives (Republican, Paul Ryan of Wisconsin) and opposition to hotly-debatted policy riders in the spending bills, anything can happen. Stay tuned.

Some states are adding results from viral and antibody ...

If Trump doesn't wear mask at Michigan auto plant, ...
US could have prevented majority of deaths, new model f ...
CDC advises to test all babies born to moms with corona ...

All newborns delivered to women with Covid-19 infections, confirm

Analysis: Trump's DC is failing with no end in sig ...
Anderson Cooper reacts to 'utterly heartless' ...

Nick Cordero's wife tearfully shares that he has s ...

These before and after images show how much a dam failu ...

• 'It's gone in a minute:' Thousands displaced aft

Another 2.4 million Americans filed for unemployment be ...

For the ninth week in a row, millions of Americans filed for init

As the novel coronavirus has spread across the globe, President T

Covid-19 overwhelmed a whole generation in Italy. Their ...

Woman charged with assault of black girl she believed w ...

Nurse's stunning selfies from before and after cor ...

A San Francisco nurse who contracted Covid-19 shared pictures of

Secretary of State Mike Pompeo has surged into the headlines atop

Why experts are worried about toilets as the US reopens

Using public bathrooms could be a barrier to customers returning

Volkswagen has apologized for posting a racist video promoting it

Arizona authorities have released body camera footage from their

Amanda Stanton responded to backlash after she drove from her hom

Everyone you know uses Zoom. That wasn't the plan

The tweet was when Eric Yuan knew something had to change.

Why drinking tea might just help in a crisis

Call it quarantea. Every day at 3 p.m. since the UK imposed coron