Have you seen the new Star Wars: The Force Awakens trailer? The DVD was just released.

People have been raving about the Star Wars trailer and it looks pretty good to us. We will meet some new characters and  reconnect with some of our favorite characters from past films like Han Solo and Chewbacca. 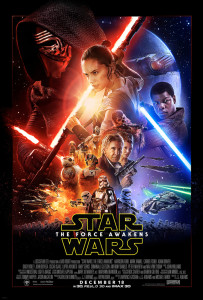 Pre-sale tickets have already crashed a few websites. Some have predicted sales will top $600 million worldwide. This figure does not even include novelty items.

The movie will reach theaters on December 18, 2015 for the United States. Europe, the UK, and Germany will see it a few days earlier.

Tell us what you think in the comments. Will you see it for Christmas or pass?