You may have heard the term “working poor” before, but who are they? 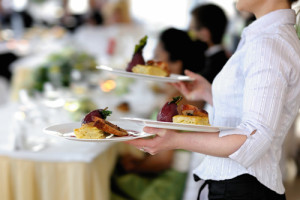 The working poor are people who work, but live below the poverty line. They are not making  financial progress, despite their willingness to work. On the surface they look like most working individuals: they have a home, possibly own a car, and wear descent attire; however, below the surface they are struggling to afford the basics (e.g., a home, food, clothes, etc.).

Women are more likely to be working poor than men.

Their households tend to be single-income and may be single parent.

Minorities/immigrants are more likely to be working poor.

The working poor are less likely to have health insurance.

The working poor live paycheck to paycheck and are at risk to financial emergencies. Approximately 45% of the working poor stated that a possible emergency (their car breaking down or someone getting sick and going to the emergency room) could bankrupt them, putting their families in jeopardy. Bankruptcies, eviction, foreclosure, and repossession are often commonplace.

Food insecurity for children is also a risk. Some children may need the assistance of programs to feed them, if there family qualifies, and often are in danger of going hungry. Improper meals can affect mental development in school-age children. A proper meal is vital to learning and physical health.

People living under the poverty line are more susceptible to health issues. Their employment usually do not have paid leave so they are unable to stay home and recover from illness without the fear of losing pay. They also do not have quality health insurance and if a plan is available, they may not be able to afford the premiums. Prescriptions, doctor offices’ copays, and coinsurance also may be too expensive.

Check out the below video hear a few courageous stories about the working poor. Let us hear what you think in the comments below: