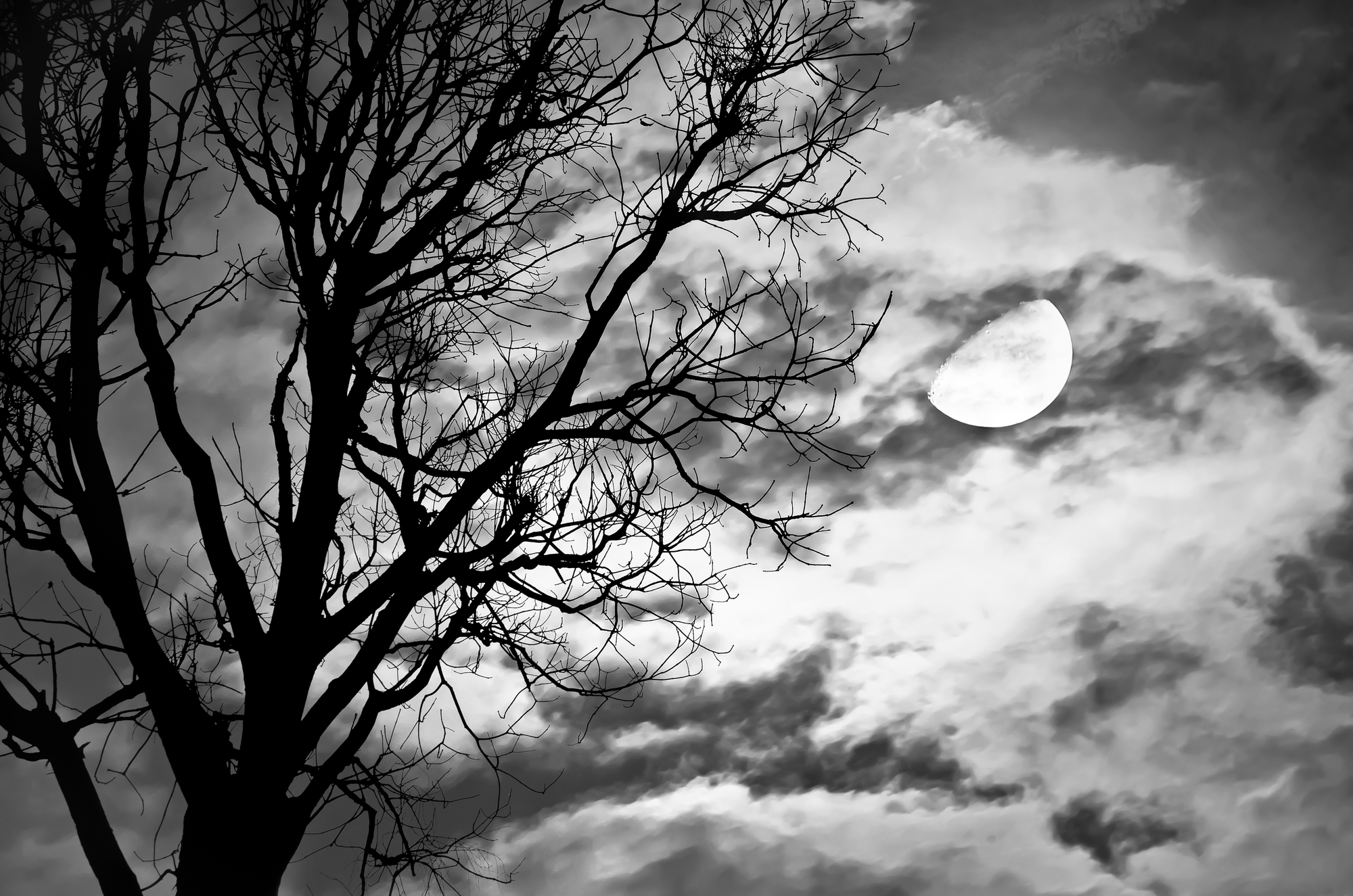 When I was little, I feared there were monsters under my bed and in my closet at night. I imagined they were hideous creatures who wanted to scare or do harm to me as I slumbered peacefully at night.

Where this notion came from, I am not exactly sure. It might have stemmed from my parents joking how the Bogeyman would visit me if I didn’t behave, my brother watching scary movies like The Wolf Man and Dracula around me, or my Christian roots and learning about Satan (also called the Devil).

In any case, my fear of monsters continued for quite some time before I un-masked the real monsters in the world.

When I was a pre-teen, my sister took me to see Scream 2 with her friends. I didn’t want to go, but my sister was my babysitter for the night, so I had no choice. I remember being horrified in the first five minutes of the movie. Two characters, Maureen Evans and Phil Stevens ( played by Jada Pinkett and Omar Epps) were stabbed to death by a person donning a Ghostface mask, and I desperately wanted to leave the movie theater but was frozen in my seat. Somehow I soldiered through the movie, but for a week, I kept my back to a corner. I was adamant that I was not going to be surprised by someone wearing a black hooded cloak and white Ghostface mask.

My fear of the monsters from the silver screen would continue until adulthood. I am not sure what was the decisive moment when I learned the difference between myth and reality, but I did. I soon realized the monsters from Hollywood did not exist, and it was quite silly to be afraid of them. The real monsters in life were the problem. They were harder to detect and capable of committing unimaginable acts of evil.

Asked to describe a monster, you may say it is an imaginary creature that is large, ugly, and frightening. If you discovered a monstrosity like that, a reasonable person would immediately sense danger and probably try to flee.

The problem with that description is it does not signify the real monsters in this world. In truth, the real monsters look like you and I. They are humans. Most of the time, we will not suspect they will harm us and may even be friendly towards them. I promise they won’t show you their fangs, flash their red eyes, or reveal their ill intentions either until it is too late, unlike a monster written in a Hollywood script or novel.

In life, evil people come in many forms and from all backgrounds. Don’t let fear engross you, trust your instincts, and don’t underestimate other people’s intentions.

Have you encountered a real monster in your life? Let us know in the comments.

One thought on “Reflections: The Real Monsters”

US Secretary of State Antony Blinken announced that the US has reopened its embassy in Kyiv on Wednesday after it closed three months ago ahead of Russia's invasion of Ukraine. [...]

CNN's Sara Sidner speaks with Sergiy Demidov, a Ukrainian man who owns a hotel in Odesa that was just bombed by the Russians. [...]

• Under pressure: Biden to meet with Democratic senators on student loan debt • Negative territory: Most CEOs are bracing for a recession [...]

Dr. Leana Wen explains what to do if you get Covid now

• CDC director: A third of people in US should consider masking based on their Covid-19 risk • Experts: Long Covid symptoms in older Americans are often difficult to recognize [...]

Black box data recovered from a China Eastern flight that crashed in March suggests someone in the cockpit intentionally downed the plane, the Wall Street Journal reported, citing a preliminary assessment from United States officials. [...]

Fox News host Tucker Carlson now says he does not know what "replacement theory" is. But past segments from his show "Tucker Carlson Tonight" tell a different story. [...]

The Voyager 1 probe is still exploring interstellar space 45 years after launching, but it has encountered an issue that mystifies the spacecraft's team on Earth. [...]

Australia has been the 'lucky country' for generations. Its luck is running out

Ken Morrison has twice been up to his neck in water during climate disasters. [...]

Fox News host Tucker Carlson is trying to distance himself from the document allegedly written by the shooter who killed 10 people in Buffalo, which endorses the "great replacement" theory. The conspiracy idea has been embraced and promoted by the host and far-right extremists. [...]

Before an 18-year-old White man allegedly carried out a racist mass shooting at a Buffalo supermarket on Saturday, he revealed his months-long plot to some people on social media about 30 minutes before he opened fire. [...]

'We feel suffocated': Afghan women open up about life under the Taliban

CNN's Christiane Amanpour talks to women and girls in Afghanistan who once held dreams of becoming doctors and soccer players about the Taliban's ban on girls' education. They tell her how their lives have changed since the Taliban took over the country, and how they are finding ways to cope. [...]

The Martin County School District in Florida is investigating a photograph that shows a group of middle school students holding up what appears to be hand-made letters that spell out a racial slur, officials announced Wednesday. [...]

Amber Heard's sister testified on Wednesday that she witnessed actor Johnny Depp grab Heard by the hair and hit her in the face repeatedly when they were married. [...]

Amid the ongoing baby formula shortage, some parents are relying on donated breast milk from other moms. CNN's Elizabeth Cohen reports on why the American Academy of Pediatrics says this isn't a good idea. [...]

McDonald's is adding a new McFlurry to its lineup, hoping an enticing summer treat can keep customers loyal as prices keep creeping higher. [...]

On May 14, the Red Bull Paper Wings World Final took off at Hangar-7, Salzburg Airport. The event is the official paper airplane world championship and first took place in 2006. This year's edition saw 61,000 hopefuls take part in over 500 "Qualiflyers" around the world. [...]

The spotlight in a Virginia courtroom has turned to attorney Camille Vasquez this week. [...]

TV doctor Mehmet Oz finds himself in a nip-and-tuck race with wealthy businessman David McCormick in the fight for the Republican Senate nomination in Pennsylvania. [...]

Opinion: Trump's endorsement was never going to save Madison Cawthorn

Conversation surrounding the Republican primaries has been dominated by assessing the effect a Donald Trump endorsement has on the race. I speak with political reporters nearly every day about these races, and it seems that nearly everything is filtered through an "All Things Trump" prism. [...]

Republicans, reacting to the victory of Trump-backed Doug Mastriano in the GOP gubernatorial primary in Pennsylvania, were uneasy about the election falsehoods he's spread about 2020 -- and warned that voters aren't interested in re-litigating it. [...]

Former President Donald Trump, in a series of posts on his Truth Social platform Wednesday morning, encouraged Pennsylvania Senate candidate Mehmet Oz to "declare victory" in the Republican primary despite being deadlocked in a two-way contest with former hedge fund manager David McCormick. [...]