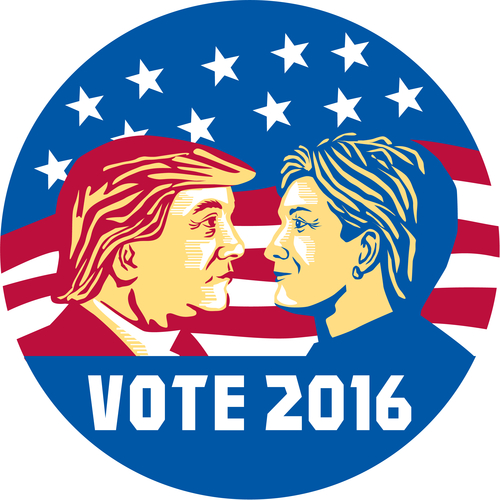 Everyone can attest this campaign for the highest office in the land has been exhausting. It has been divisive and at times downright ugly. A new low for American politics for sure, but tonight it will hopefully come to an end. No matter what happens, history will be made.  You don’t want to be regretful of not having your voice heard. Check with your local and state jurisdictions to find your polling place today.

Will it be Mr. Donald Trump or Secretary Hillary Clinton?