Whenever American politicians announce they are running for President, they automatically become the center of attention. Everyone would like to know more about their political life, relationships, families, finance, etc.

Below are a few of the  2016 Presidential candidates and a few facts  about them:

Hilary Clinton: Clinton is a 67 years old  mother and wife to the former American president Bill Clinton. She is the former Secretary of State under Barack Obama’s presidency. She is one of the top Democrats running for President. She describes herself as a progressive, which means she wants society to work together and give people the tools to better themselves.

Bernie Sanders: Sanders is a 74 years old. He is married and has four children ( one biological and three step-children). He is a democrat and senator from the state of Vermont.  Improving the financial status of American workers is important to him. A path way to citizenship, higher minimum wage, lower tax for the middle class, and affordable college tuition, among other things is what he pledges. He could be described as more liberal than Clinton. 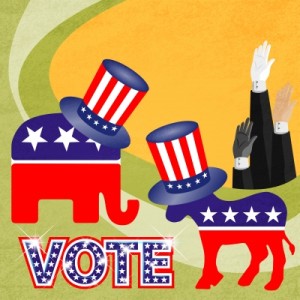 Donald Trump: Trump is 69 years old. He is married and has five children. He is best known for his show “The Celebrity Apprentice” and being a successful billionaire businessman. He may not be well-known for foreign policy, but he touts his strong business attributes.  He is running under the Republican political party and is currently the forerunner.

Jeb Bush: Bush is the son of a former American president George H. Bush and the brother of George W. Bush. Jeb is 62 years old, married and has three children. He has spent part of his life on business but much of it in politics. In 1998, he was voted in as the Florida governor and left office in 2006. He is now hoping to be elected as the American president under the Republican Party.

Ben Carson: Carson  is 63 year-old man, married and blessed with three sons. He has spent his years in a career as a neurosurgeon and rose to fame due to successfully  separating conjoined twins. In terms of other careers, he is a philanthropist and a journalist. Recently, he has given more emphasis on politics, and he is vying for presidency under Republican political party.

No matter what your political affiliation or where you live in the world. Whoever wins the presidency will have an affect over your life. Stay tuned for more information about these presidential candidates.  The official date to vote the 45th President into office is November 8, 2016.

For more additional information about the 2016 Presidential Candidates, click here to go to CNN.com.

Eating more flavonols, antioxidants found in many vegetables, fruits, tea and wine, may slow your rate of memory loss, a new study finds. [...]

Fauci shares lessons from pandemic, criticism of China's zero-Covid policy ahead of his departure from government

The Covid-19 pandemic has carried a key lesson for public health officials, Dr. Anthony Fauci said Monday: When talking to Americans, be clear that science is often a moving target. [...]

Richard Reeves, author of the book "Of Boys and Men: Why the Modern Male Is Struggling, Why It Matters, and What to Do about It," discusses why men in the US are more likely to die by suicide than women. [...]

Opinion: Why the US is having shortages of antibiotics now

Remember the shortages of personal protective equipment in March 2020? Now it's medications for kids. [...]

Despite volunteering and working out at the gym several days each week, socializing frequently with friends and family, reading all manner of books and doing daily crossword puzzles, 85-year-old Carol Siegler is restless. [...]

• Analysis: Did US Soccer just score an own goal? • US faces Iran in politically charged match [...]

The body of Northern Arizona University professor Yeon-Su Kim has been found after she and her husband were reported missing during a kayaking trip in Mexico's Sonora state. [...]

Retired general says this move would be a win for Putin

• Video: Why Hawaiians see volcanoes as a 'place of creation' • Storm Prediction Center warns of 'significant severe-weather event' on Tuesday • Here's why the US has the most tornadoes [...]

Helena Bonham Carter is coming to the defense of two fellow members of the "Harry Potter" universe. [...]

Actress Nicole Kidman surprised Broadway theatergoers when she bid a large sum for Hugh Jackman's hat from "The Music Man" during an auction. [...]

Luxury fashion house Balenciaga is suing the production company behind its Spring 2023 ad campaign after paperwork about a Supreme Court ruling on child pornography was identified in one of the images. [...]

Kim Kardashian says she is "re-evaluating" her working relationship with Balenciaga after the luxury fashion house featured children cuddling teddy bears dressed in bondage gear in its latest advertising campaign. [...]

First lady Jill Biden has chosen "We the People" as the theme for the seasonal White House holiday decorations, according to a release from the East Wing. [...]

Responders managed to rescue both the pilot and the passenger after a private plane crashed into a transmission tower in Maryland, resulting in a power outage for 120,000 people. CNN's Pete Muntean reports. [...]

US Rep. Donald McEachin, a Virginia Democrat, died Monday, according to a statement from his office. He was 61. [...]

More than 150 cold-stunned sea turtles have been rescued in Cape Cod, Massachusetts and treated at the New England Aquarium. [...]

Putin says he annexed Kherson. Now his troops are killing the civilians they vowed to protect

A former Virginia police officer, believed to have murdered a teenager's family in Riverside, California after "catfishing" her online, was killed in a shootout while trying to flee authorities, the city's police department said in a news release. [...]

Watch Jay Leno poke fun at himself after burn accident

A federal judge in Washington, DC, on Monday said that Donald Trump doesn't have "absolute immunity," as the former president claimed he should, in response to a lawsuit in its early stages related to Trump's actions around the 2020 presidential election. [...]

Can't sleep? This band-aid-like sleep tracker can help find out why

Israeli startup X-trodes has developed medical-grade sleep testing technology that you can use in the comfort of your own home. [...]

Mexican boxer Canelo Álvarez sends warning to Lionel Messi: 'He better pray to God that I don't find him'

Mexican boxer Saul 'Canelo' Álvarez has sent a warning to Lionel Messi, who he accused of disrespecting Mexico. [...]

Marion Barter won plaudits for her warmth as an elementary school teacher, but in 1997 the 51-year-old mother-of-two became restless, quit her job, sold her house, and flew from Australia's beach-lined Gold Coast to start a new life in Europe. [...]

See family's reaction after reuniting with daughter kidnapped in 1971

A family in Fort Worth is reunited after their daughter was kidnapped 51 years ago, thanks to a DNA match on 23&Me, the family announced on Facebook. KTVT's Nick Starling reports. [...]

The #vanlife trend has taken off in a big way in recent years, with countless travelers opting to hit the road in tiny homes on wheels. [...]

Podcast: Audie Cornish examines how past trauma affects us
Here are 500+ Cyber Monday deals to catch before the day is through