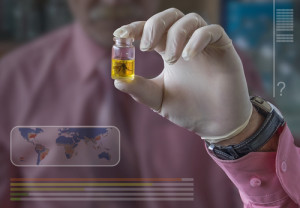 What is the Zika virus?

This is a type of virus that belongs to the Flaviviridae family that also belongs to the genus Flavivirus. The virus is transmitted by the Aedes mosquito which is active during the day.

In the year 1947, scientists working in Entebbe, Uganda researching on yellow fever, placed a rhesus monkey in a cage in the Zika forest( The word Zika means overgrown in Luganda.) The scientists were able to discover that the monkey developed a fever and thereafter isolated from its serum, a transmissible agent which became known as Zika virus in 1952.

The same virus was isolated in Nigeria in 1954 and since then, confirmed cases of the infection from Africa to SouthEast Asia were rare. The first outbreak occurred on the island of Yap located in Micronesia back in April 2007. The outbreak was characterized by rashes, conjunctivitis and arthralgia. Scientists thought it was dengue or chikungunya or Ross River disease.

In April 2015, an outbreak of the disease occurred in Brazil and in January 2016, CDC issued a level 2 travel alert to people traveling to the infected areas.

The virus is transported from one infected person to another through an infected Aedes mosquito. The Aedes mosquito has been found to spread dengue and chikungunya viruses too. The mosquitoes usually lay eggs in and near stagnant water found in buckets, bowls, flower pots and vases. The mosquitoes are known to be aggressive daytime biters as well as nighttime biters too.

From mother to child

A pregnant woman who is already infected with the virus especially at the time of delivery can pass the virus to the new born baby but this is rare. During pregnancy, the virus can be passed from the mother to the fetus via the placenta.

The virus can infect other people especially when they come into contact with infected blood. Blood transfusion and sexual contact have been found to spread the virus.

Zika virus and Pregnancy: How the virus affects pregnant women

Pregnant women can get infected by having sexual contact with a partner who is already infected. They can also be infected when bitten by the Aedes mosquito during the day or night. The virus can also affect the unborn child as it can travel via the placenta. Infection may be linked to the birth defect called mircocephaly.

The most common symptoms that infected people will get to have include:

The symptoms are known to last for several days to weeks.

Currently, there are no vaccines or medication that will help in preventing or treating Zika virus infection. In order to treat the symptoms, one can get plenty of rest, drink water in order to prevent dehydration, take medicine like acetaminophen which helps to relieve fever ad pain.

According to CDC, you don’t have to take aspirin and other non-steroidal anti inflammatory drugs like ubuprofen and naproxen. The above medications should be avoided until dengue has been ruled out therefore reducing the risk of bleeding.

It is important to talk with your doctor if you suspect you have the zika virus and if you are already taking medicine for another condition.