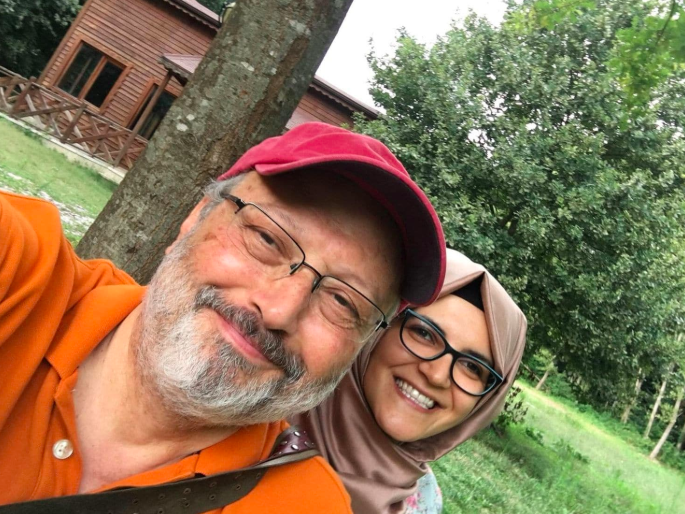 If you haven’t heard the name Jamal Khashoggi, then you must have been hiding under a rock. International news have been abuzzed over his disappearance, which happened 14 days ago.

Despite being a native of Saudi Arabia, Khashoggi was living in  the United States as a resident. While in the United States he worked as a prominent journalist for the well-known and respected Washington Post.

He mysteriously disappeared after visiting the Saudi consulate in Istanbul, Turkey. Many people theorize his disappearance was plotted and arranged by Saudi Arabian leadership.

Khashoggi used to be an insider in the Saudi Arabian government, but he eventually turned into a critic. Some have speculated Khashoggi’s constant criticism of the Kingdom of Saudi Arabia, the Crown Prince Mohammed bin Salman (also known as MBS), and King Salman bin Abdulaziz Al Saud may have led to his disappearance and possible murder.

Khashoggi was last seen on October 2, 2018. He walked into the Saudi consulate in Istanbul, Turkey to obtain paperwork to prove he was divorced so he could marry his fiancée, Hatice Cengiz. His fiancé waited outside. She states she never saw him leave the consulate, despite the fact, she was told he had left. A camera outside the consulate corroborates her claim. It captured him walking in, but he never re-emerged.

What is also suspicious about Jamal Khashoggi’s disappearance is the sudden arrival of about 15 Saudis to Turkey. They visited the consulate during the same time as Khashoggi’s arrival. Their quick departure from Turkey has been deemed suspicious. Some have dubbed these individuals as a “hit team” or ” hit squad”.

Turkey has been very outspoken against Khashoggi’s disappearance. Per CNN, a Turkish official has alleged Khashoggi was killed in the consulate and then dismembered by a Saudi hit team.

It has also been alleged that Turkish government has obtained audio and video of the murder.

If the Saudi Arabian government took part in the kidnapping and/or murder of Jamal Khashoggi, then ramifications from the West are sure to follow.

Britain, France, and Germany are calling for a “credible investigation”. While the United States has sent the Secretary of State, Mike Pompeo, to meet with the Saudi King.

If the allegations are proven, then Saudi Arabia risks economic sanctions that might eventually take a toll on its economical stability.

County has imposed a curfew, and officials are working to find a motive and suspect into the shootings that have left 40,000 customers without power

With no suspects or motive announced, the FBI is joining the investigation into power outages in a North Carolina county believed to have been caused by "intentional" and "targeted" attacks on substations that left around 40,000 customers in the dark Saturday night, prompting a curfew and emergency declaration. [...]

FedEx driver is arrested in the kidnapping and killing of a 7-year-old girl who went missing outside her home this week, police say

The investigation into the murders of four University of Idaho students is entering a critical stage in its third week, as police are starting to receive forensic testing results from the crime scene, law enforcement experts tell CNN. [...]

• Opinion: The most underestimated president in recent history [...]

These are the world's most expensive cities to live in 2022

• The surprising group that flooded stores over the holiday shopping weekend • To make money, avoid these common mistakes • Analysis: More head-scratching, contradictory news about the economy [...]

George Clooney has a surefire way for staying out of trouble as a public figure in the age of social media: stay off of it. [...]

• Opinion: I'm a volcanologist. Here's what this Mauna Loa eruption will teach us [...]

A 2-year-old girl is recovering after being attacked by a coyote Friday afternoon in front of her house in a Los Angeles neighborhood, her father told CNN. [...]

Watch the video of the moment of the attack

A Ring security camera captured the moment 2-year-old Ariya was attacked by a coyote outside her home in Los Angeles, her father told CNN. Ariel Eliyahuo said his daughter had to have multiple rabies shots after the attack. [...]

This country's relationship with Russia is causing concern in Ukraine

Retired Air Force Col. Cedric Leighton breaks down the potential Russian strategy in regards to the city of Bakhmut, Ukraine. [...]

The Democratic National Committee's overhaul of the presidential nominating calendar will create many challenges for Iowa Democrats, who are already at a low point following another disappointing election cycle. [...]

How Roosevelt offers an 'ominous' lesson for Trump and the GOP

• Trump calls for the termination of the Constitution in Truth Social post • Analysis: How Donald Trump is helping Raphael Warnock in Georgia • MAGA-world keeps losing in its efforts to tie up Trump criminal probes in court [...]

Analysis: Trump's call to terminate the Constitution is a fantasy, but it's still dangerous

Donald Trump's call for the termination of the Constitution is his most extreme anti-democratic statement yet and seems oblivious to the sentiments of voters who rejected election deniers in the midterm elections. [...]