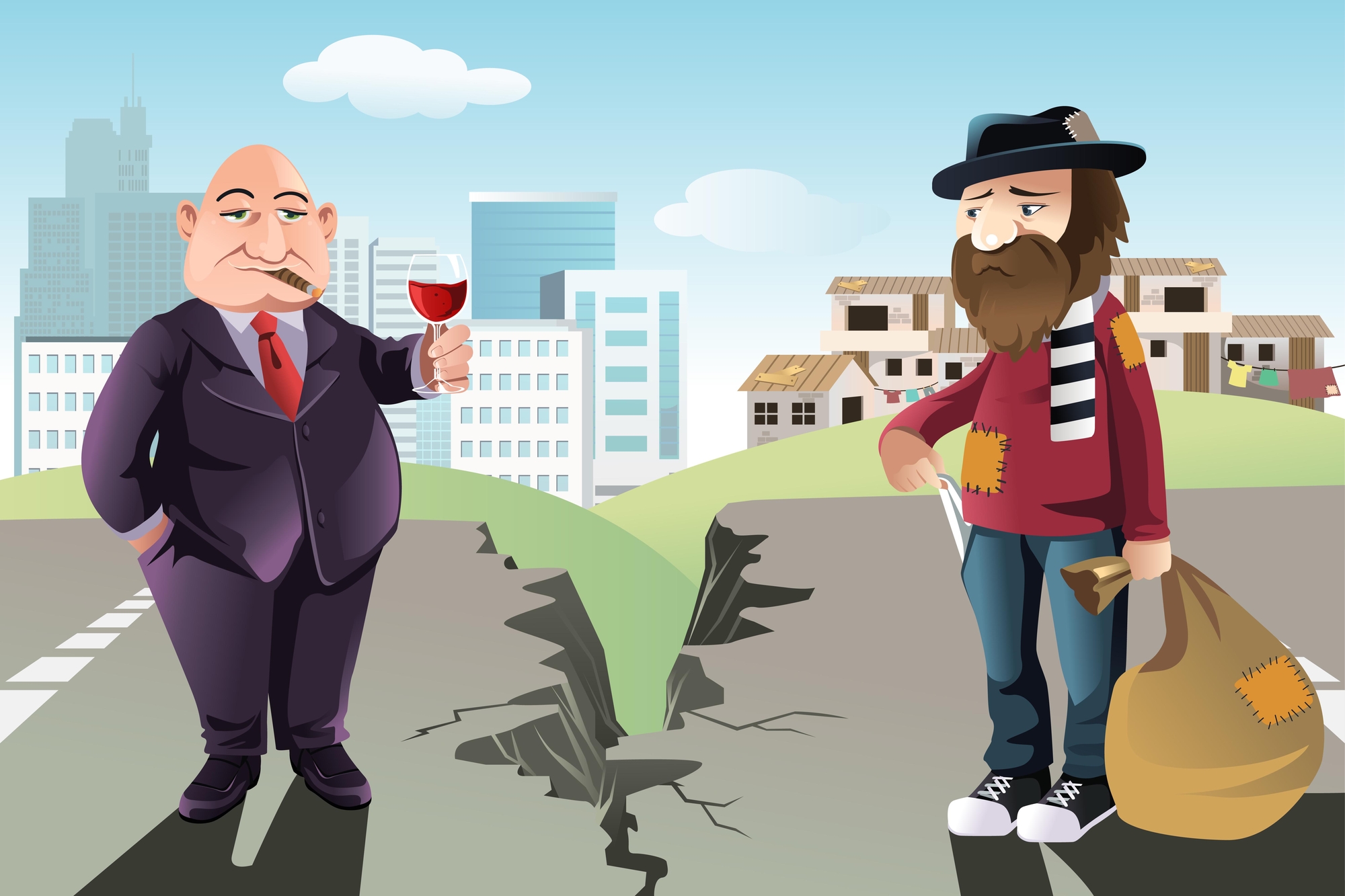 Like most people, I watched with excitement as the Duke and Duchess of Cambridge (also referred to as the Royals) introduced their latest newborn – a precious baby boy – to the world. To me, the moment represented a speck of innocence in the daily news instead of its usual abhorrent savagery. But as I pondered on the scene displayed on the computer screen, I could not help but to think of the current state of the world – the stark separation of “the haves” and “the have nots”.

The Haves and the Have Nots

In the western world, most people know the difference between the haves and the have nots. The haves represent wealth and riches. They tend to have more resources than the average person would need. Think of the 1% of the world. While on the other hand, the have nots represent poverty. Those living hand to mouth. On the brink of homelessness or hunger pending one minor setback.

As I stood admiring the growing, affable family, I could not help but to brood on how rare this moment is for many, especially Millennials. At 36, Kate has three children, a deeply committed spouse, and not a single worry when it comes to finances. Her life is the embodiment of being carefree. 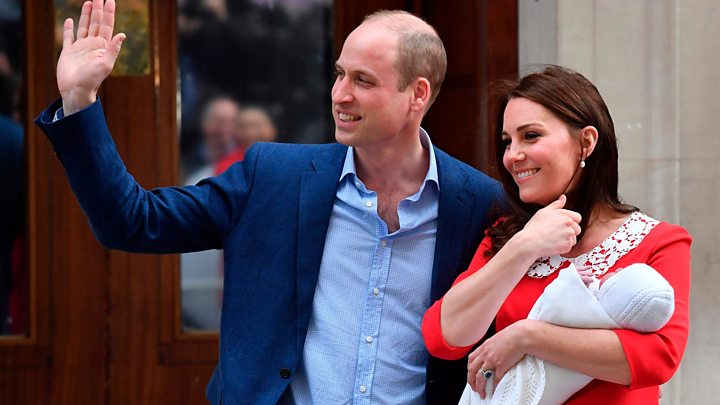 Meanwhile in the United States, most Millennials I know are working tireless hours. Most are regrettably unmarried. And like most people struggle to keep abreast of the forever fluctuating prices for housing, food, fuel, and medicine. And let’s not forget the heaviest ball and chain – student loans. 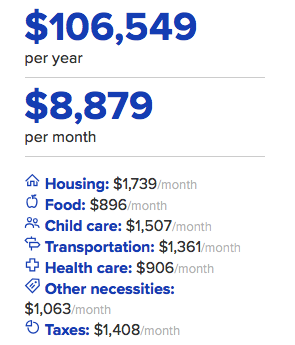 The top employer in my area is not a private company with high paying jobs, but a school system. The education field is respectable, but most individuals employed in the field would agree that they do not earn a proper salary. So, in my area people either do one of two things: commute 40 minutes or more for a higher paying position or work at positions barely above the federal minimum wage ($7.25) locally.

This notion of not being able to afford a family seems to parallel across the pond. A CNN article by Alan Petroff entitled, “Kate and William can afford 3 kids. Many Brits cannot”³,  highlights this same concern. Petroff states that a family of three or more children is not attainable among average Millenial Brits due to rising education among women, high housing costs, and lack of government support for families. I would concur the same is true in the US.

Earning power isn’t a problem for Kate and Prince William. They receive millions from Prince Charles to cover the cost of their official duties, own a country mansion, and enjoy a London residence — Kensington Palace — rent free.

While most of the Royal’s money comes from investments via Prince Charles, inheritance from the late Princess Diana, and work Prince William accomplished with the East Anglian Air Ambulance. They also benefit from taxpayer money through the Queen.

The United States does not have royalty like the United Kingdom, but we have privileged individuals here too. These individuals are referred to as the 1%. Some acquire wealth through corporate welfare or passing it down the generations. Then they save money through tax loopholes and other financial schemes.

Having a nuclear family may seems out of reach, but it isn’t impossible. Most of us are not “haves”. Our future earnings are not guaranteed at birth. But by saving more for the future and limiting our debt, we may have a chance at having a loving family and maintaining a comfortable living.

Some may think these words are the words of a despairing person, but in reality these words are true. Working hard at one job is yielding less and less fruit these days.  And the future doesn’t look bright for the future generations. Now is the time to be smart and daring to get ahead. Take the road less travel by.

¹ defined as a father, mother, and two children

One of the former President's attorneys signed a letter in June saying there was no more classified info at Trump's Florida residence, sources say

• Timeline | Key lines from the search warrant and receipt [...]

The Democratic chairs of the House Intelligence and Oversight Committees have asked federal intelligence leadership for a congressional briefing and for a damage assessment after the FBI seized 11 sets of classified documents at former President Donald Trump's Mar-a-Lago home earlier this week. [...]

Analysis: Responding to FBI search, Trump and allies return to his familiar strategy -- flood the zone with nonsense

In response to the FBI search of former President Donald Trump's home in Florida on Monday, Trump and his allies in Congress and right-wing media have returned to his preferred strategy for communicating in a crisis: say a whole bunch of nonsense in rapid succession. [...]

FBI investigates 'unprecedented' number of threats against it

Opinion: Why Trump thinks FBI search could be good for him

Megaflood is coming to California, experts say, and it could be the most expensive natural disaster ever

They reached the Kobe Bryant crash site, then set off a chain reaction leading to a macabre court case

Anne Heche's son mourns mother: 'I am left with a deep, wordless sadness'

CNN's Daniel Dale reviews claims made by former President Trump on his social media platform Truth Social about the FBI search of his Mar-a-Lago resort in Florida. Read more of Dale's analysis here. [...]

The US Food and Drug Administration defended the federal government's recent decision to stretch out its limited supply of the Jynneos monkeypox vaccine by giving individuals smaller doses using a different method of injection, pointing out in a letter to the company that manufactures the vaccine that a 2015 clinical study showed "a very similar immune response" to the new method as well as the… [...]

"The Daily Show with Trevor Noah" contributor Jordan Klepper joins CNN's Jim Acosta to discuss his interactions with individuals outside a MAGA rally in Wisconsin and the false conspiracy theories they presented. [...]

Harriet Hageman proudly wears Wyoming on her sleeve -- and wields it like a hammer against Liz Cheney. [...]

In another era, Liz Cheney would have been exactly the kind of candidate Republican leaders would champion. She has the voting record, the pedigree, the fortitude, the eloquence and the smarts they might look for in the party's first female presidential nominee. [...]

When teacher and recreational caver Rick Haley set out to help map a cave on August 6, he had no idea he would end up staging a rescue mission -- let alone reuniting a lost dog with her owner. [...]

CNN's Michael Smerconish responds to Pink Floyd co-founder Roger Waters' statement at a recent concert, where he told the crowd his interview with the CNN host was edited to make him "look like a prick." [...]

Opinion: I witnessed the attack on Salman Rushdie. It's clear that we all have a choice to make

The United States of America is a particularly weird name for a country. Most countries have one-word names, made up of only a few syllables. And those names often have thousands of years of history behind them. They come from the language of the people who come from those lands. [...]

As Puerto Rico hurtles toward another crisis, a generation isn't sure it has 'a future on the island'

A week before former governor of Puerto Rico Wanda Vázquez was arrested by the FBI on bribery charges, pop superstar Bad Bunny riled up a throng of concertgoers in San Juan, calling out the current governor and the island's private electric company in an expletive-filled rant. [...]

After a decade in the minors, Wynton Bernard finally got the call to join the Colorado Rockies in the MLB. His first call? To his mother. [...]

Behind glass-fronted cabinets in a University of Pennsylvania classroom, the skulls of Black Philadelphians whose remains were either graverobbed or unethically obtained were on display until 2020. [...]

'I will either save us ... or we'll be found together': Mom ties herself to her kids during flood

On the shoulders of Jackie Robinson, today's Dodgers players reflect on his impact

"When Jackie Robinson stepped on the field as a member of the Brooklyn Dodgers, for us Black folk, it was our Neil Armstrong landing on the moon," said Bob Kendrick, president of the Negro Leagues Baseball Museum in Kansas City. [...]

An estimated 935,000 people in 23 communities in the Greater Detroit area were put under a boil water advisory on Saturday after a leak was discovered in a 120-inch water transmission main that distributes water from Lake Huron Water Treatment Facility to residents, the Great Lakes Water Authority said. [...]

America's largest national park is the size of Yellowstone, Yosemite and Switzerland combined

Getting up close and personal with Patagonia's pumas

When things feel overwhelming, an escape into nature is just the ticket. [...]

Travel news this week: Inside another beast headed to the skies

A tour company is urging travelers to visit Ukraine's bomb-ravaged cities -- against international advisories. North Korea has been destroying sites at the Mount Kumgang resort area, once a symbol of reconciliation between North and South Korea. And Emirates CEO Tim Clark tells CNN he wants Airbus to build a new superjumbo to replace the A380. [...]