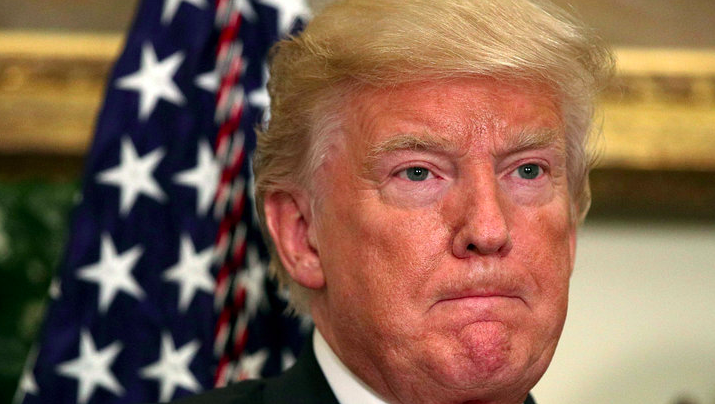 Last night like many of you, we were disappointed to hear what President Trump allegedly stated about immigrants of color. As the President of the United States, his words matter and he should choose them carefully.

President Trump allegedly said, “Why do we want all these people from Africa here? They’re shithole countries … We should have more people from Norway.” He allegedly also questioned the need for Haitian immigrants to stay in the country. Utah Congresswoman Mia Love, who is a Republican and of Haitian-descent, took issue to what Trump said and released the following statement on her Twitter:

Here is my statement on the President’s comments today: pic.twitter.com/EdtsFjc2zL

Mia Love isn’t the only person outraged. Many Americans are. This morning President Trump took to Twitter to deny these allegations. However, multiple sources have confirmed he made those hate-filled statements. The President’s credibility is also questionable (e.g.,  his denial of the infamous Access Hollywood tape, Russian investigation, birther movement, etc.).

Never said anything derogatory about Haitians other than Haiti is, obviously, a very poor and troubled country. Never said “take them out.” Made up by Dems. I have a wonderful relationship with Haitians. Probably should record future meetings – unfortunately, no trust!

The late Maya Angelou once said, “When someone shows you who they are, believe them the first time.”  Some people may have given President Trump the benefit of the doubt when it came to race relations, but his constant hostility towards people of color is blatant. Remember when he called Mexicans, ‘drug dealers, criminals, and rapists’? How about when he called Sen. Elizabeth Warren  “Pocahontas” in front of honored Navajo “code talkers”? Or when he referred to kneeling black NFL players as “sons of bitches”?

His constant vitriol about people of color is just thinly-veiled racism. The time has come to call it what it is. Not only should his party and supporters condemn his words, but so should he. It doesn’t matter where you come from. Americans (and those seeking to be Americans) are from diverse backgrounds. It is time for people like President Trump to understand that. That’s what makes America great!

Forecast shows where the big problem areas will be

A severe weather system across several parts of the United States has prompted the three major airports servicing New York City to urge passengers to arrive early for flights on what is expected to be one of the busiest travel days of the year. [...]

Rare protests are spreading across China. Here's what you need to know

It's that time of year to cozy up on the couch, grab a hot chocolate and watch one of the most cherished genres: holiday movies. [...]

What is fake snow made of in movies? Look closely and there's a clear tell

Opinion: Trump hosting a bigot at Mar-a-Lago's not surprising. Here's what is

Children scream for joy after they spot Biden out shopping

A group of children had a surprise when they saw President Joe Biden as he passed their window during his shopping trip in Nantucket, Massachusetts. [...]

In the age of reboots, revivals and prequels, Antonio Banderas is sharing thoughts on who would make a great choice to follow in his masked footsteps as the legendary Zorro. [...]

Awards season has barely begun, and one of the stars of streaming's most decorated shows is weighing in on the debate over whether legacy awards shows such as the Oscars, Emmys and BAFTAs should fuse their gendered acting categories to avoid a binary system. [...]

All public schools in Houston will be closed Monday after the city issued a boil water notice Sunday evening due to a loss of water pressure at a purification plant, officials said. [...]

The pilot and passenger of a small plane were trapped after crashing into power lines in Maryland on Sunday, local officials said. [...]

• Many countries issue travel warnings about US violence. Here's what they say • Opinion: Who is at fault for America's soaring gun violence? [...]

Many countries issue travel warnings about US violence. Here's what they say

NFL free agent wide receiver Odell Beckham Jr. was removed from a Los Angeles-bound American Airlines flight Sunday morning at Miami International Airport after refusing to comply with safety protocol, according to a statement from the Miami-Dade Police Department. [...]

Workers with the water district in Wenden, Arizona, saw something remarkable last year as they slowly lowered a camera into the drought-stricken town's well: The water was moving. [...]

Farideh Moradkhani, the niece of Iran's Supreme Leader Ayatollah Ali Khamenei, has been arrested after calling on foreign governments to cut all ties with the Iranian government. [...]