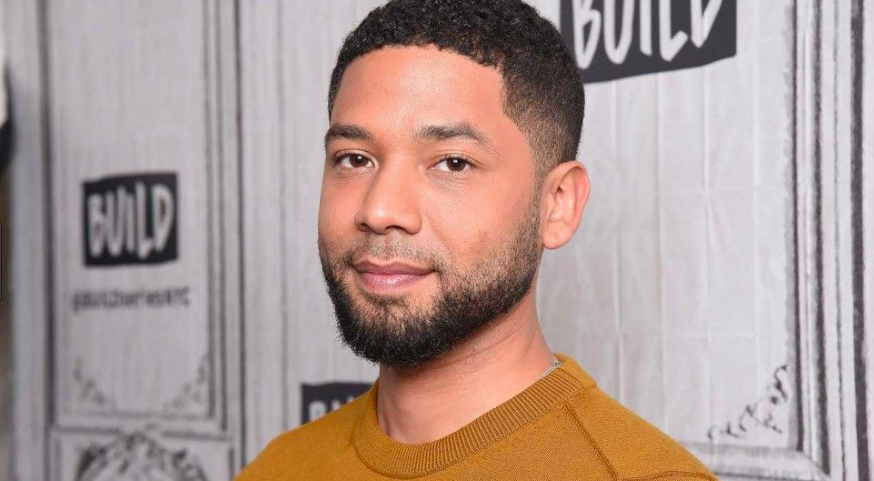 Update (3/26/2019): All charges have been dropped against Jussie Smollett! No word on what transpired. Court records have been sealed according to his attorney.

Update (2/21/2019): Jussie Smollett has turned himself in to Chicago police this morning. He is now facing a felony charge of disorderly conduct after allegedly filing a false report.

According to Chicago police superintendent Eddie Johnson, the “Empire” actor staged the attack because he was dissatisfied with his salary.

When I First Heard…

When I first heard about “Empire” actor Jussie Smollett’s attack in Chicago, I was shocked – at the details.

According to reports, Smollett claimed around 2 a.m. on January 29th he had a rope placed around his neck, a chemical (possibly bleach) poured on him, and was taunted with racial and homophobic slurs while two unknown, masked assailants beat him.

Smollett even says the perpetrators yelled, “This is MAGA country!”, which suggested they were Trump supporters.

Currently, Smollett is being treated as a victim by the Chicago police. So far, there is no evidence to suggest otherwise. However, there have been whispers swirling of this all being a hoax since Smollett may be getting the ax on his hit show, but the rumors are unsubstantiated.

Now, I am a reasonable person. Immediately, bits of his story sounded odd to me. I dismissed the idea of Trump supporters attacking him. Not only is Chicago very liberal, but I doubt there are many MAGA fans who watch “Empire”. This rumored accusation just seemed like a convenient add-on to an already bizarre account.

I also questioned why there weren’t any video recordings of the attack. Chicago is colloquially referred to as Chi-raq (Chicago + Iraq) due to the violent nature of the city. Surveillance cameras are everywhere. Not one camera captured video.

I also found it strange that two people are just strolling around Chicago at 2 a.m. in frigid weather carrying bleach and a rope to wrap around someone’s neck. Is it possible? Yes, but not likely.

You can’t blame people from questioning the details.

Two brothers of Nigerian descent were arrested and questioned on suspicion of battery this week. Allegedly one of the brothers had worked on the show “Empire” as an extra.

People who know the brothers have stated the beating is uncharacteristic of them. They were said to be horrified upon hearing about the crime as they know Smollett.

The brothers have since been released and are not considered suspects due to “new evidence” according to the Chicago police.

So Who Attacked Jussie Smollett?

A week before the attack, threatening letters with a suspicious white powder were reportedly sent to Fox and “Empire” offices and directed to Smollett. So, something is amiss.

If the story is true, then it is possible the actor could have an obsessed fan or stalker. Let us know how you feel about this bizarre attack of Jussie Smollett in the comments. Do you have any theories?

Stay tuned. We will update this post when more details are revealed.

Check out the below video to hear Jussie Smollett’s describe the attack to ABC News:

A high-stakes Senate battle, a House race that could make history and a major gubernatorial election will be some of the closest-watched contests this fall

Takeaways from the Vermont and Wisconsin primaries

Vermont is on track to send a woman to Congress for the first time, while the matchup is set in a Wisconsin Senate race that could be one of the most competitive of this year's midterm elections. [...]

Balint will be overwhelming favorite for Vermont House seat

Becca Balint will win the Democratic primary for Vermont's lone House seat, CNN projects, putting her on a path to become the first woman to represent the state in Congress. [...]

What's at stake in the 2022 midterm elections

What happens in the 2022 midterm elections will shape the rest of President Biden's first term. CNN's Ryan Nobles explains. [...]

One of the 'Impeachment 10' concedes her reelection bid

Washington Republican Rep. Jaime Herrera Beutler on Tuesday conceded in her bid for reelection, a primary that was largely defined by Republican ire for her vote to impeach former President Donald Trump in 2021. [...]

Former President Donald Trump's clout with Republican voters in a key swing state will be tested again on Tuesday as the fallout from the FBI search of his Florida resort mushrooms across the political landscape. [...]

• Russians have begun training on Iranian drones, US believes [...]

• What's next for Trump after the FBI search • Violent rhetoric circulates on pro-Trump internet after FBI search • 'Hold on a second': CNN anchor presses GOP lawmaker on comparing Trump to Clinton • Opinion: A seismic shift in Trump's legal woes [...]

A version of this article first appeared in the "Reliable Sources" newsletter. You can sign up for free right here. [...]

The FBI's search of former President Donald Trump's Mar-a-Lago resort ignited furious commentary from his supporters. Here's some of the incendiary reactions that aired on TV within hours of the news. [...]

A former Twitter manager accused of spying for Saudi Arabia was convicted on Tuesday on six criminal counts, including acting as an agent for the country and trying to disguise a payment from an official tied to Saudi's royal family. [...]

A US federal judge has ruled in favor of the PGA Tour, denying three LIV Golf players a temporary restraining order that would have allowed them to play in the first event of the Tour's postseason, PGA Tour commissioner Jay Monahan announced in a memo Tuesday evening. [...]

A grand jury in Mississippi has declined to indict the White woman who accused 14-year-old Emmett Till of making advances toward her nearly 70 years ago, allegations that led to the Black teen's brutal death. [...]

The FBI executed a search warrant at former President Donald Trump's Mar-a-Lago resort in Palm Beach, Florida, as part of an investigation into the handling of presidential documents, including classified documents, that may have been brought there, three people familiar with the situation told CNN. Former White House communications director Alyssa Farah Griffin and CNN's Dana Bash react. [...]

Friends, family and authorities are scrambling to find 16-year-old Kiely Rodni after she disappeared following a campground party in Northern California. [...]

A Texas church performed "Hamilton" this weekend, but the team behind the Tony-award winning production says it shouldn't have happened. [...]

Opinion: What this unauthorized performance of 'Hamilton' is really showing us

A conservative church is not where you might expect to see a showing of "Hamilton," the award-winning Lin-Manuel Miranda musical that tells the life story of Founding Father Alexander Hamilton through hip-hop, R&B and soul music. But this weekend, a church in McAllen, Texas, called The Door performed the show -- with some right-wing tinkering. The actors reportedly mentioned Jesus and Christianity throughout, and a… [...]

After a tweeted photo went viral, actor Woody Harrelson found his lookalike. It turns out she's a 9-month-old. CNN's Jeanne Moos has the story of unlikely doppelgangers. [...]

There's a highly effective and often curative treatment for people with hepatitis C, but less than a third of insured patients get it within a year of diagnosis, according to a new study. [...]

Bob Odenkirk has said he would have been "dead in a few minutes" if he had not received CPR after suffering a heart attack on the set of "Better Call Saul" last year. [...]

Dogs and their owners hit Pacifica State Beach in California to compete in the World Dog Surfing Championships. [...]

Ashton Kutcher 'lucky to be alive' after vasculitis

Ashton Kutcher revealed Monday he had battled a serious autoimmune disease that affected his hearing, sight and ability to walk for more than a year. [...]

Anne Heche is in a coma after fiery crash

Actress Anne Heche is being investigated for misdemeanor DUI and hit and run after crashing her vehicle into a Los Angeles residence on Friday, according to LAPD Officer Annie Hernandez. [...]

Republican Rep. Scott Perry of Pennsylvania said Tuesday that the FBI had seized his cell phone. [...]