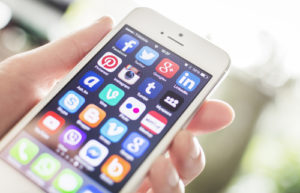 It’s not a secret that social media has taken over our lives. With the advent of smartphones, many people spend hours every day on Facebook, Youtube, Twitter, Instagram, and etc., sharing their candid thoughts and images. We are so engrossed in social media, we forget it is considered public space. What we say is not anonymous. In fact, even after deleting your comment or account, your history, may not be permanently deleted. So it is best to be careful at all times when sharing any type of information through social media. Why? Well, there are certain things that get you fired or in trouble in a blink of an eye.

In 2007, an intern was fired when his boss learned that he actually didn’t have a family emergency. What the intern really had was an emergency to get ready for a Halloween party. He posted a photo of himself in a fairy costume with a beer in hand and uploaded it to his Facebook account. The rest is history.

In 2009, a teacher from Georgia found herself facing rejection from her peers, as one of her student’s parent complained to the principal that her son’s teacher had photos on Facebook, that reflected her drinking wine and beer. The principal of the school offered the teacher two options: resign or accept suspension. This teacher decided to resign.

In 2012, a U.S. marine posted on his Facebook page a message that read ‘screw Obama.’ This little post got him discharged. On the other hand, a KFC employee in Tennessee got fired for posting a photo on Facebook of her licking a pile of mashed potatoes before serving it to clients.

In 2013, a bus driver was immediately fired for positing a message on Facebook, that stated what a child told him regarding him being rejected in the cafeteria by the cooks for not having money to buy lunch; therefore, the child was hungry. The bus driver went on to say that he couldn’t believe that if a student doesn’t have enough on his account, he gets turned away, as leftover school food is thrown out every day. It didn’t stop there. The bus driver stated that he would rather feed a child than to give food stamps to a crack head. Apparently, this didn’t sit well with the higher-ups at the school, as he was immediately fired. According to the higher-ups, there is no proof that the child went without eating on that particular day.

These are just a couple of the countless of cases where people have gotten fired due to posts or photos that put them in the spotlight in a negative way. You can avoid this by being mindful of what you to post on social media. That’s right, don’t be an internet troll. Think before posting anything.  Ask yourself if it is going to have any negative consequences. Avoid posting nude photos, photos that reflect irresponsibility, and rude comments. It is better think first and save yourself the trouble later.

There's a growing rift at the top of the Russian government between Vladimir Putin's official military and the off-the-books mercenary force that has achieved some gains for Russia in Ukraine. [...]

To understand Russia and Ukraine's very different ways of fighting, a good first place to look is up. [...]

NATO Secretary General Jens Stoltenberg on Monday asked South Korea to reconsider its rule on not exporting weapons to countries in conflict so it could help arm Ukraine in repelling Russia's invasion. [...]

More than 1,000 US flights canceled as winter weather snarls travel

• 15 states expected to be hit with icy conditions, officials say [...]

6th Memphis officer taken off force said, 'I hope they stomp his ass' after firing Taser at Tyre Nichols

• Video: Tyre Nichols was a photographer. See the world through his lens • Prospect for passing policing legislation in Congress remains low • After an unimaginable tragedy, here's what Memphis did right [...]

Priscilla Presley is contesting validity of Lisa Marie Presley's will

Priscilla Presley is challenging the validity of her late daughter Lisa Marie Presley's will. [...]

A legendary NHL player has died at 84

New image captures sight of an unusual face on Mars

As a NASA orbiter turned its camera to the Martian surface, the face of a bear seemed to be looking back. [...]

Microsoft founder Bill Gates said he "shouldn't have had dinners" with Jeffrey Epstein during an interview with Australia's ABC 7 .30. [...]

A snake catcher in Australia calmly removed the tree snake after a man found it in his toilet. [...]

Ford drops the price of its Tesla competitor

Ford is boosting production of its popular Mustang Mach-E electric SUV and dropping its sticker price weeks after Tesla dropped prices of its vehicles. The move represents a substantial roll-back of price hikes Ford announced last summer on the 2023 models -- but buyers may still be paying somewhat more than before the increases. [...]

Meet the man who has transformed our understanding of evolution

On the Galapagos Islands, a ground finch that usually munched on small, soft seeds was forced, during a drought, to eat harder, larger ones. [...]

Woman's dashcam captures terrifying moment she got trapped in a tornado

Video taken by a dashboard camera during a tornado in Pasadena, Texas, shows the harrowing moments a woman, her daughter and grandson spent trapped in their vehicle as the twister passed. CNN affiliate KHOU has more. [...]

The planet could cross critical global warming thresholds sooner than previous models have predicted, even with concerted global climate action, according to a new study using machine learning. [...]

'Make my dad famous': A daughter's quest to showcase her dad's artwork

When Susan Collins first arrived in the Senate in 1997, a male colleague approached her about committee assignments and assumed that the Maine Republican would want to serve on education and child care panels. [...]

Long-needed improvements are coming to train travel along the nation's busy Northeast Corridor, thanks in part to the federal infrastructure funding package that President Joe Biden signed into law in the fall of 2021. [...]

Dispute over $100 repair bill may have played a role in Half Moon Bay shootings, DA says

Rep. George Santos (R-NY) took to the House floor to deliver a speech on International Holocaust Remembrance Day after lying about his Jewish heritage in his 2022 congressional campaign. CNN's Abby Phillip and David Chalian react. [...]

A $100 million campaign, "He Gets Us," that promotes Jesus Christ and his teachings is set to showcase its ads during the Super Bowl. It's funded by anonymous donors acting through a nonprofit linked to staunchly conservative causes, as CNN's Tom Foreman reports. [...]

Opinion: This simple ingredient has been substituted for eggs for generations

A year ago, we couldn't have imagined people being so fearful of running out of eggs that they'd turn to smuggling cases across the Mexican border or renting chickens with portable coops to keep them in steady supply. But here we are. [...]

If the hoopla surrounding "The Last of Us" has felt at all excessive through the first two episodes, the third chapter of the HBO series lives up to the weight of all the hype, laying early claim to what will almost inevitably be discussed as one of the best hours of television in 2023. [...]

Andrea Riseborough may not be a name that rings many bells for the average moviegoer. [...]