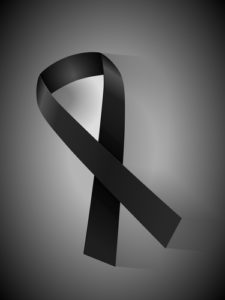 Disclaimer: This is an open post and the subject may be sensitive.

Hate has been spreading like a disease in many places in the world. Violence because a group doesn’t agree with another group’s religion. People are fearful or distrustful of another group (i.e. race, ethnicity). Hatred over how an individual identify themselves (i.e. sexuality).  It all ends the same – with bloodshed and tears. Life lost too soon and a community struggling to understand why.

When you walk out of your door to go about your daily routine. You don’t know if you will be a victim of violence or make it home safely. Will the violence come from a person who swore they will protect and serve you? Will it come from a person with radical ideals? These are the lingering thoughts of many due to the volatile nature our society is quickening towards.

Earlier this week, the news outlets reported on two men being killed by the police in the United States. One in Baton Rouge, Louisiana and the other in Falcon Heights, Minnesota. We will reserve our opinion regarding the criminality of each situation. A court system will determine the justice. It shouldn’t go without saying, law enforcement is a tough, dangerous, but necessary job.

What we do know is two black men are now dead and their killers were white police officers. And nothing will change those facts.

Did the death sentence these two men received fit their actions? Was a crime committed in the first place? Why were these police officers fearful of these men? Should citizens fear the police? Why are situations being escalated and not de-esclated?

Now displayed across the media outlets this morning is horrific video images of police officers being gunned down in Dallas, Texas. A peaceful protest regarding police shootings was held last night. Now five officers are dead, seven injured. The facts are fluid. And the identity of the suspect(s) are not known yet. And all we can think about is how there is more bloodshed, more death.

When will the violence stop? More violence won’t stop it. When will we in the words of Dr. King “meet the forces of hate with the power of love“.

Share your thoughts and comments below. Stay safe and most importantly, starting today don’t give in towards a divisive attitude. It starts with one.

Today's runoff election is expected to be tight, with both parties pouring tens of millions into a contest that will shape the balance of power in the Senate

On the final day of overtime in Georgia, Democratic Sen. Raphael Warnock exuded confidence, but warned supporters against being complacent in his runoff election with Republican nominee and former football great Herschel Walker. [...]

Analysis: Trump faces yet another reckoning in Georgia

Former UN Ambassador Andrew Young rode his scooter alongside Democratic Sen. Raphael Warnock, Martin Luther King III and a fervent crowd of marchers on a recent Sunday through a southwest Atlanta neighborhood. The group stopped at an early polling location to vote, forming a line with some waiting as long as one hour to cast their ballots. [...]

Why Democrats want a 51-49 majority

If Democrats win the Senate runoff in Georgia and secure a slim 51-49 majority over Republicans, they will have significant governing advantages compared to the 50-50 split in the current Congress, during which a power sharing agreement gives Republicans considerable leverage over Democrats despite being in the minority. [...]

He voted for Gov. Kemp but is supporting Sen. Warnock. Hear why

In pictures: The 2022 midterm elections

Republicans won control of the House of Representatives in this year's midterm elections, while the Democrats held onto the Senate. [...]

Analysis: How Trump is helping Raphael Warnock in Georgia

• Analysis: Conservative justices come to same-sex marriage controversy with minds made up [...]

• Live updates: Russia says there will be no withdrawal from Zaporizhzhia nuclear plant • Video: 'I have no pity for them': Russian describes fighting against his own country [...]

Actress Kirstie Alley has died after a brief battle with cancer, her children announced on social media. [...]

'I was taking 55 Vicodin a day': Actor explains why he can't rewatch 'Friends'

Matthew Perry shared his struggle with drug and alcohol addiction while filming the hit TV show 'Friends,' and explains why he hasn't re-watched the series. [...]

Opinion: In every Ukrainian kitchen, a secret weapon against Putin

After long days working in offices dotting Kyiv's downtown, a small group of women head to their kitchens. Their evening job is just beginning. [...]

Dementia risk may increase if you're eating these foods, study says

• How are hearing aids and dementia related? A new study explains • Video: See moment Chris Hemsworth learns of a shocking health secret in his DNA [...]

The highly touted red wave in last month's midterm election failed to develop largely because it hit a wall of resistance among independent voters, especially across the key battleground states. And that presents difficult questions for Republicans looking forward to 2024. [...]

Hear how Pence reacted to Trump's call to terminate Constitution

Anderson Cooper looks at how former and current GOP lawmakers reacted to former President Donald Trump's statement on terminating the Constitution in this "Keeping Them Honest." [...]

After a 40-year run, HLN's live news programming has come to an end. HLN's anchor Robin Meade gives her final sign off in the last live broadcast of her show, Morning Express. [...]

'Goblin mode' chosen as Oxford word of the year for 2022

As you read this, look around. Are you still in bed? Are there piles of clothes and takeout food boxes strewn across the floor? Do you have chip crumbs on your sheets? Have you broken your self-care routine more times than you can count? Do you not even care? If so, you might already be in "goblin mode" -- chosen by the public as the… [...]

Officials in Hawaii have activated the state's National Guard to help in the response to the eruption of Mauna Loa, whose lava has been steadily oozing toward a critical highway for days. [...]

Amy Robach and T.J. Holmes, co-hosts of ABC News' "GMA 3," have been taken off the air following the public disclosure of a romantic relationship, network President Kim Godwin announced to staffers on Monday morning, according to a person familiar with the matter. [...]

Japan bids the World Cup farewell after its World Cup last-16 penalty shootout defeat by Croatia on Monday, but the team and its fans left lasting memories that won the Asian nation plenty of plaudits in Qatar and across the watching world. [...]

Residents of a North Carolina county are entering a third day without lights or heating, after a suspected attack on electric substations resulted in a widespread outage that blanketed the county in darkness, shuttered schools and businesses and prompted a curfew. [...]

At the Great Hall of the People in central Beijing, Chinese leader Xi Jinping led thousands of China's Communist Party, state and military elites to pay final tribute to former leader Jiang Zemin, who died at the age of 96. Previously, Xi and former president Hu Jintao, are seen paying respects to Jiang and his family at a Beijing hospital . CNN's Steven Jiang has… [...]

One of the people charged in the shooting and robbery of Lady Gaga's dog walker last year has been sentenced to 21 years in state prison, the Los Angeles County District Attorney's office said Monday. [...]

Family of boy thrown from Mall of America balcony reaches settlement with the mall, attorneys say

More than three years after a boy was thrown over a balcony at the Mall of America in Minnesota, the child's family has reached a settlement with the mall, the family's attorneys said. [...]

Three weeks after four Idaho college students were found stabbed to death in an off-campus house, Moscow police said they are still looking into the possibility that one of the victims had a stalker. [...]

Gabourey Sidibe reveals she's been secretly married for over a year

It turns out that Gabourey Sidibe has been even busier than previously thought since the beginning of the pandemic. [...]