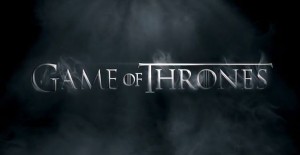 Season 6 trailer of Game of Thrones just premiered and it looks great!

The storylines has a lot of action. We can’t possible dissect every detail, but some of the images that caught our eyes were: Jon Snow lying in his blood and snow at Castle Black; Jaime is coming back from Dorne with a deceased Myrcella; Cersei seems hell-bent on revenge with Robert Strong against the Faith Militant; a flayed man is burning;  Melisandre in doubt over her visions; Sansa is adorned in furs; Arya’s blindness; Khalesi captured by a Khalasar; and Bran’s vision of the White Walker King.
END_OF_DOCUMENT_TOKEN_TO_BE_REPLACED