*The following is an open post referencing the effects of the civil war in Syria. Some topics may cause distress. Please be advised. The writer asked to be anonymous as they wanted the focus to be on World Humanitarian Day and the article. * 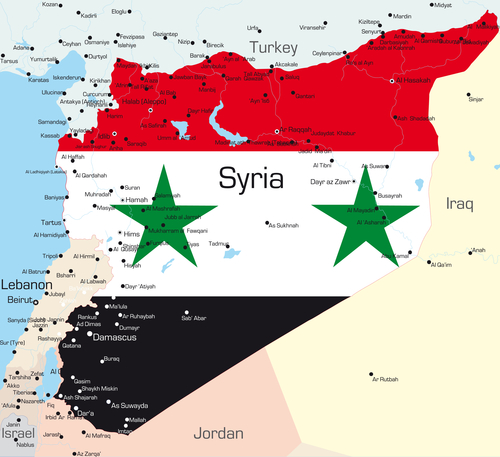 As a child, I remembered being scared of the dark. Something about the darkness made me fear something hiding under my bed or in my closet when my mother turned the lights off. As I grew older, I feared scary monsters like Freddy Krueger, Michael Myers, and Chucky. I distinctly remember my sister taking me to the movies with her friends to see “Scream 2”. Five minutes in the movie, I wanted to leave and go somewhere “safe” but seeing a character killed in a movie theater bathroom paralyzed me with fear. After watching the movie, I was scared of someone or something attacking me from behind for two weeks. Corners were my friends.

As an adult, I grew wiser. My perception on what should be feared had changed. I no longer feared the monsters or creatures who “bumped in the night” like when I was child. I knew what real monsters looked like. They look like me and you.

Anyone watching the Olympics this year can attest to humans being capable of great feats. Unfortunately, humans are also capable of dark deeds. Able to inflict more evil than any monster in a movie. See, you can tell if Michael Myers wants to harm you. He carries a large knife and has a scary mask. You don’t know what other people are capable of until they expose their dark side and you become a victim.

As I read articles and reports on how Syrian prisoners are suffering at the hands of their government and fellow citizens, it makes my heart sink. One report estimates 17,723 people have died in Syrian prisons since 2011.  The brutality described by  survivors in an Amnesty International report is sickening. Rape, flogging, electric shock, scaldings, nails removed, and sleep deprivation are among some of the forms of torture used to extract information. This reported behavior is an abomination. It should not be tolerated in Syria or anywhere else in the world. 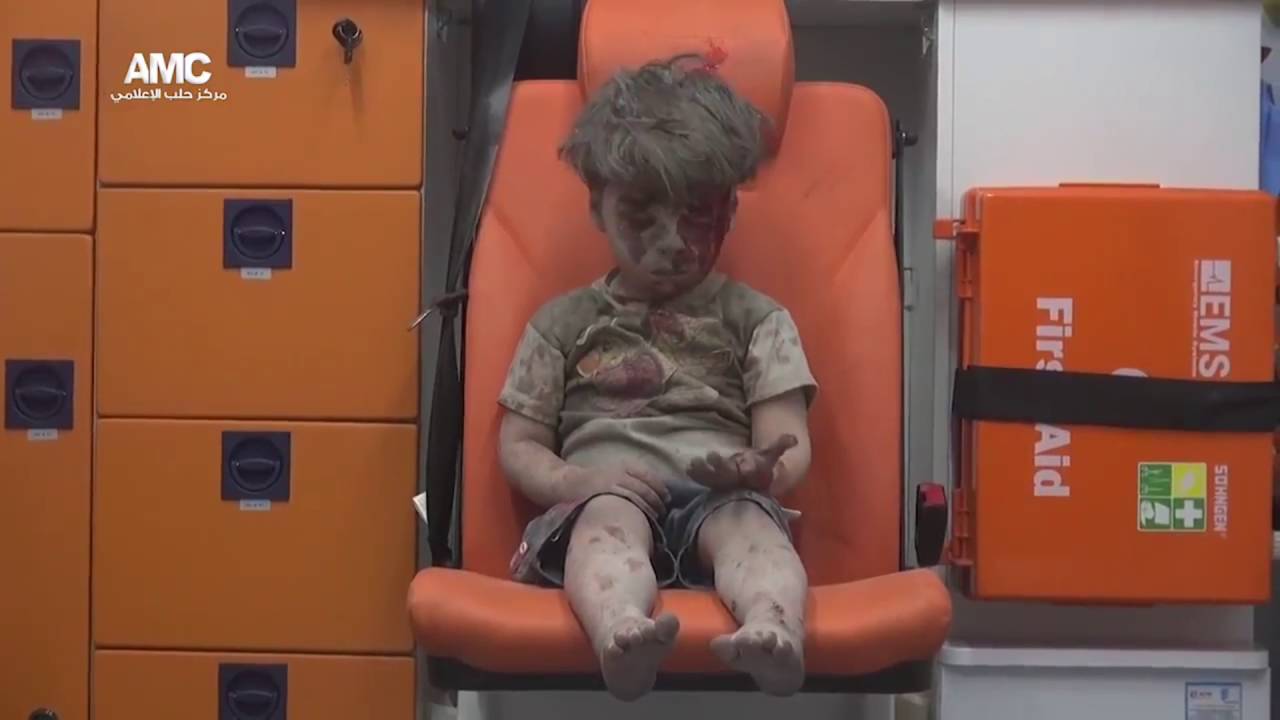 And then I look at the face of a little Syrian boy named Omran Daqneesh and I can barely contain my emotions. His family was a victim of an airstrike in Aleppo. It is highly probable his own government conducted it. Like the Syrian prisoners, his attackers are fellow citizens. The video of this toddler, a victim of Syria’s civil war, is eerie. To see his little dust-covered body bloodied, his eyes in a state of shock, tears roll down my face. As he wipes blood from over his eye, I can not help but to think, “No person, let alone a child, should endure this much suffering.” This much death, this much horror, is monstrous.

On this World Humanitarian Day, it is clear that more work is needed to protect human rights. The world can not afford to keep looking away from the torment humans continue to inflict on each other.

Analysis: This kind of week could break Donald Trump

For the first time in a century, every Senate incumbent won
See the moment CNN called the race for Warnock

CNN projects that Sen. Raphael Warnock will win reelection in the Georgia Senate runoff. CNN's Eva McKend reports from Warnock headquarters as the results come in. [...]

What a 51-49 Senate majority means for Democrats

Democratic Sen. Raphael Warnock will win Georgia's Senate runoff, CNN projects, allowing Democrats to secure a slim 51-49 majority over Republicans in the chamber. Democrats will have significant governing advantages compared to the 50-50 split in the current Congress, during which a power-sharing agreement gives Republicans considerable leverage over Democrats despite being in the minority. [...]

Opinion: What Warnock's victory means for the future of the Democratic Party

There is a saying in the African American community that goes, "I am living my ancestor's wildest dreams." [...]

Archaeologists have discovered a stunning 1,300-year-old necklace, made of gold, garnets and other semiprecious stones, at an excavation site in central England earmarked for a housing development. [...]

China announced sweeping changes to its national pandemic response on Wednesday, the clearest and most significant sign yet that the country is moving away from its strict zero-Covid approach. [...]

A structure unearthed on a Florida beach after recent storms could be a shipwreck from the 1800s, according to local officials. [...]

More than six decades after a boy was found dead in a box in Philadelphia, investigators have identified the child with the help of DNA, police announced Tuesday. [...]

Iranian patrol boat tried to temporarily blind US Navy ships in Strait of Hormuz, US says

An Iranian patrol boat tried to temporarily blind US Navy ships in the Strait of Hormuz by shining a spotlight towards the vessels and crossing within 150 yards of them on Monday night, US Central Command said in a statement. [...]

The quarterfinal matches are now set in the World Cup

All eight teams have now booked their places in the World Cup quarterfinals. Who are they and how did they get there? [...]

A Denver Police Department SWAT team searched a 77-year-old woman's home after a "Find My" iPhone app ping in the area. The ACLU of Colorado has filed a lawsuit on her behalf. [...]

Without heating or electricity for medical equipment, some North Carolina residents are staying at a shelter as crews rush to get power back on after what the state's governor has described as "malicious" attacks on substations that plunged tens of thousands into darkness. [...]

Described as a "sunny place for shady people," by English novelist W. Somerset Maugham, Monaco is one of the smallest and wealthiest countries in the world. [...]

In contrast with the tight and turbulent Arizona election, Monday's certification of the state's voting results was uneventful. Boring, even. And most voters on both sides seem content with that. [...]

The Supreme Court will take on the future of federal elections Wednesday, discussing a case that could upend electoral politics and embolden state legislatures to act without judicial oversight. [...]

Analysis: Saudi's MBS rolls out the red carpet for China's Xi, in a not too subtle message to Biden

When Chinese President Xi Jinping lands in Riyadh in the coming hours Saudi leaders are expected to receive him with the pomp and circumstance normally reserved for the kingdom's most strategic ally, the United States. [...]

John Bolton, who served as former president Donald Trump's national security adviser, says he is contemplating entering the 2024 presidential race to stop Trump from getting a second term in office. [...]

It's been a week of weird finds for the Transportation Security Administration: A six-pack of nunchucks and other sharp objects -- and now a dog in a backpack. [...]

"London is back," announced Selling Sunset's Christine Quinn, whose pre-recorded year-in review-video message opened the 2022 Fashion Awards on Monday evening. "New York is back, Paris is back, Milan is back," Quinn continued, as viral runway moments from fashion houses including Bottega Veneta, Coperni, Tommy Hilfiger flashed across screens inside the historic Royal Albert Hall in London. [...]

Oxford Dictionary has announced "goblin mode" as its choice for 2022's Word of the Year after it opened voting to the public. The term is used to describe a type of behavior that is unapologetically lazy and self-indulgent. CNN senior data reporter Harry Enten explains. [...]

Back in 2018 — that is to say, five iPhone generations ago — an acquaintance shared a picture of a bunch of frayed and useless Apple Lightning charging cables on my Twitter feed, complaining that as a trillion-dollar company, Apple should "figure out a way to make better cords." [...]

A bat infestation at a Nevada fire station is so bad, the department is abandoning the building

A Nevada fire department that closed one of its stations for an "undetermined amount of time" because of a bat infestation is now preparing to hand that station back over to the state and move to a new building. [...]