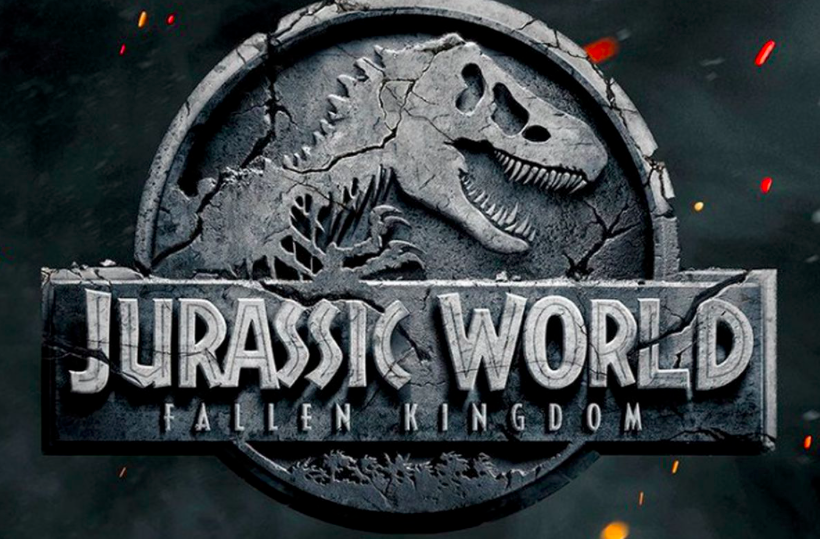 The summer is quickly approaching. We don’t know about you, but we are excited for the summer blockbusters! So far, one of the movies we are anxiously waiting to see is Jurassic World: Fallen Kingdom (2018).  What can we say? Say the world “Jurassic” and we start to get nostalgic about our childhood. Keep reading to get our reaction to the movie trailer.

According to Moviefone, the plot picks up three years after the last movie, Jurassic World:

Three years after the destruction of the Jurassic World theme park, Owen Grady and Claire Dearing return to the island of Isla Nublar to save the remaining dinosaurs from a volcano that’s about to erupt. They soon encounter terrifying new breeds of gigantic dinos while uncovering a conspiracy that threatens the entire planet.

We think the conspiracy may have something to do with a private company or even a government entity tampering with the DNA of the dinosaurs.

Thoughts about the conspiracy? Make sure you let us know in the comments.

Jurassic World: Fallen Kingdom comes roaring to theaters in the Unites States on June 22, 2018. It comes to the UK a few weeks earlier on June 6, 2018.

We are not sure about other places in the world, but we will give an update when that information becomes available to us.

We know you cannot see the broad grins on our faces, but they are there.

We first want to point out how we love the chemistry between Owen (played by Chris Pratt) and Claire (played by Bryce Dallas Howard). Their interactions feel natural and not forced.

Hey Blue! Blue is quickly becoming a fan favorite, if he isn’t already to many. We hope he still remembers Owen and is “good” in the film.

Love seeing Steven Spielberg is the Executive Producer! You cannot do this film without him. He truly is a living legend.

Love seeing Dr. Ian Malcolm (played by Jeff Goldblum). When he says, “These creatures were here before us and if we’re not careful, they’re gonna be here after. Life cannot be contained. Life breaks free. Life finds a way”, it foreshadows impending chaos. It is also a nod to the first movie, Jurassic Park.

Lots of running, explosions, and of course, a T Rex! Get the popcorn ready. We are in for an adventure and we are ready!

What are your thoughts? Let us know in the comments. And if you loved this movie trailers, check out some others.

Closing arguments ended Friday in the criminal trial of the Trump Organization with New York prosecutors urging the jury to put aside politics and the company's namesake and focus simply on the fraud allegations against it -- despite accusing Donald Trump of knowing about the schemes in real time. [...]

Former President Donald Trump expressed support for the rioters behind the deadly January 6, 2021, attack on the US Capitol in a video played during a fundraiser Thursday that was hosted by the Patriot Freedom Project, a group that assists families of those charged in the riot. [...]

The House Ways and Means Committee now has six years of Donald Trump's federal tax returns. CNN's John Berman speaks with Trump biographer David Cay Johnston about what they could reveal about the former president. [...]

• US Navy investigating 4 apparent suicides in a month at same facility • US Navy sends a message to adversaries with a rare submarine port visit in Indian Ocean [...]

Cruise ship passenger says he battled confusion, fatigue and some sort of creature to survive while stranded in the ocean

An Alabama man who rescuers pulled from the Gulf of Mexico hours after he was reported missing from a cruise ship doesn't know how he wound up in the water, he told ABC. [...]

'I wanted to resume my transition at all costs.' Trans Ukrainians uprooted by war struggle to continue treatment

The best day of Eric's life came just days before the worst. [...]

Each week brings head-scratching contradictory news about the economy. Tthis past week was no different, with a batch of economic reports showing that — despite the recession talk — the US economy shows remarkable resilience. [...]

Authorities in the Chinese southern city of Hangzhou have apologized after forcibly taking a man from his home as he allegedly refused to go to a quarantine facility. [...]

Brad William Henke, actor who appeared in more than 40 films, dead at 56

Brad William Henke, a veteran character actor known for his work on "Orange Is the New Black" and other series, has died, according to his agent and manager. [...]

The family home of Iranian rock climber Elnaz Rekabi has been demolished, according to the pro-reform news outlet IranWire, after she rose to international prominence this fall for competing with her head uncovered. [...]

One passenger was killed and four injured when a "rogue wave" hit their cruise ship during a storm earlier this week. [...]

In an interview with "Good Morning America," James Michael Grimes talked about his ordeal at sea after falling off a Carnival cruise ship in the Gulf of Mexico. [...]

Yes, the viral 'Cocaine Bear' movie is based on a true story (kinda)

If you've seen the astonishing trailer for "Cocaine Bear" making the rounds on Twitter, you might have questions about the film's claim that it is "inspired by true events." But the story is indeed based on the true story of a bear who overdosed on cocaine in the 1980s. [...]

Gary Strieker had every reason to be a pessimist. People dying of hunger, brutal killings and many other horrific events that he covered as an international reporter unfolded right before his eyes. [...]

Opinion: Story of Twitter reminds me of Schlitz beer

When I was in college in the 1970s, my friends and I frequently bought a case of Schlitz beer to fuel a weekend of socializing. [...]

Watch the moment teen lifts truck off of dad

A California teen is being hailed as a hero for saving his father's life. The teen lifted a truck off his dad, who was trapped underneath the vehicle. Reporter Lee Anne Denyer with affiliate KCRA has the details. [...]

Lawyers for Proud Boys leader Enrique Tarrio revealed in court Friday that they plan to argue during their December seditious conspiracy trial that the far-right extremist group was in touch with law enforcement about their plans to rally in Washington, DC, on January 6, 2021. [...]

After a series of confusing statements released by police on the Idaho student killings, here's where the investigation stands

As many University of Idaho students returned to campus this week, the police investigation into the stabbing deaths of four of their peers continued -- but not without confusion over a key case detail. [...]

Dramatic body camera footage shows Raleigh police officers in a shootout with a 15-year-old accused of shooting and killing five people, including his older brother, in October of 2022. [...]

A Los Angeles jury will begin deliberating Friday afternoon in the sexual assault trial of Harvey Weinstein, the former movie producer who is accused of using his Hollywood influence to lure women into private meetings and assault them. [...]

Podcast: Being an OnlyFans creator isn't as easy as you think. Audie Cornish hears from two people who've made it their career